Sanford Stadium serves as the home football stadium for the University of Georgia in Athens. The 92,746-seat stadium is the fifth largest on-campus stadium in the NCAA.

Games played at Sanford Stadium are said to be played “Between the Hedges” due to the rows of privet hedges that have stood beside the field since its dedication.

Sanford Stadium’s famous hedges have encircled the field since the stadium’s very first game against Yale in 1929. 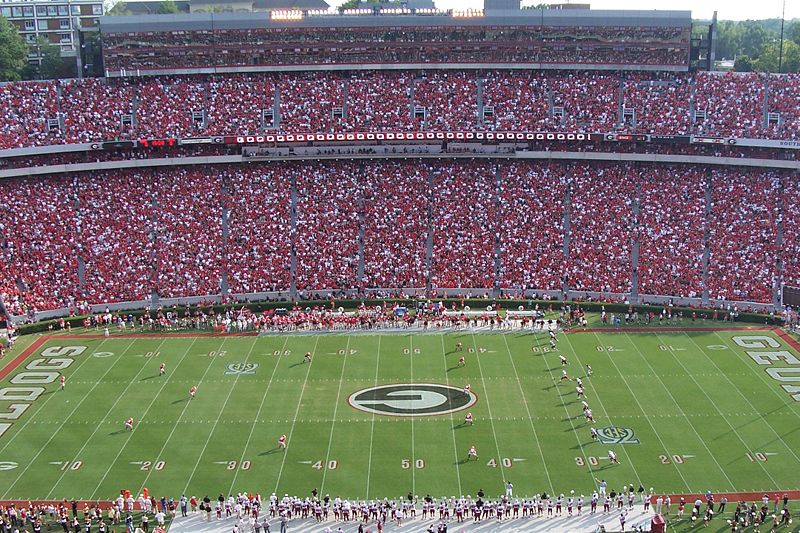 Sanford Stadium may be expanded by more than 9,000 seats if a plan from the University is approved.

The seating expansion would wrap around the east side of the stadium and bring the stadium’s capacity to 101,766.

There are considerations to filling in the endzone by the Sanford Drive bridge, but decided it was important to preserve the view of the Miller Learning Center and Tate Student Center.

Members of the SEC